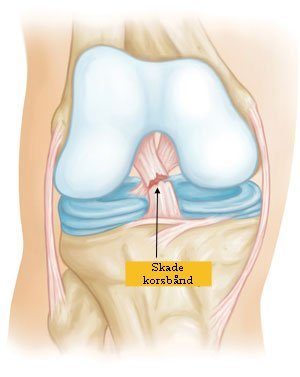 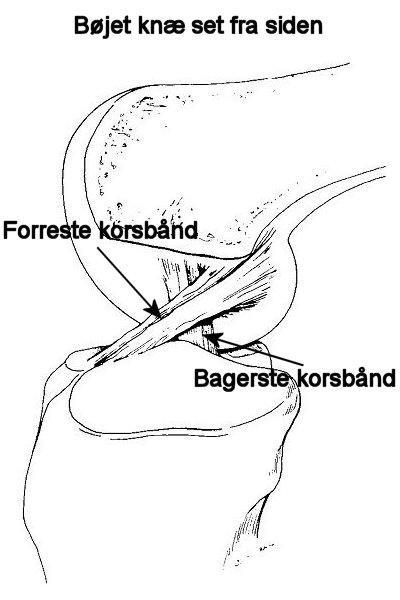 Lesion to the anterior cruciate ligament do normally not heal by itself, unless it is sutured and enforced also called primary ACL repair. However some people are able to have a good active life with an ACL lesion. If correct physiotherapy is carried out, with good exercises in the correct order, it can be possible to improve both balance and reflexes to a degree that makes it possible to come back to previous level of sporting activity. Despite putting a lot of efforts into the rehabilitation, some patient will never reach sufficient stability and in those cases it is recommended to undergone reconstruction of the ligament. Today we know that those undergoing a reconstruction will have less risk of meniscal and cartilage lesions and less will need a total knee replacement compared to those who is not reconstructed. This is the background for patients below 18 years should have a reconstruction.

It can be difficult to make the diagnosis of ACL tears, but an experienced sports surgeon can often by only listen to the history and symptoms and do a ligamentous examination, and measure the site to site laxity difference with a device, give a precise diagnosis (see figure right). An alternative to this is an MRI scan, and by this also meniscal tears and cartilage lesions can be diagnosed

In Denmark approximately 2500 ACL reconstructions are done annually and the success rate is around 90 percent. The surgery is done by keyhole surgery. The most commonly used graft material is one or two tendons (Semitendinosis and Gracillis) also called the hamstrings tendon from the rear of the thigh.. Also the Patella tendon or Quadrips tendons are commonly used. Several other methods exist and here among Allograft tissue, however this is rarely used in Denmark. 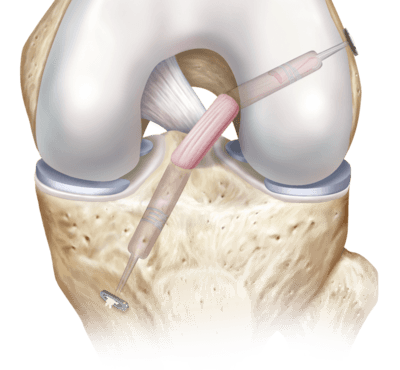 The new ACL graft is pulled into the bone sockets in the femur and tibia. The graft can be fixed in many ways and continuously new improvements are done. This is the All insite ACL technique from Arthrex, using only the semitendinosus graft - see video

When can you do what after an ACL reconstruction? This is naturally individual, but typically crutches are used for the first 1 to 2 weeks after the surgery and full weight bearing is allowed. After 3 weeks it is normally safe to obtain car driving. Exercise bike can be started after 2 month and easy running after 4 month. It is not recommended to obtain contact sports before after 9-12 month and the physiotherapist needs to say OK.

Revision ACL reconstruction
Unfortunately a reconstructed ACL can get to long or brake. The most common reason for this is incorrect placement. In Zealand University Hospital, Koege and Aleris-Hamlet Parken, do we have the special assignment from the Health authorities to do these special revision ACL reconstructions. It is always more technically demanding, and commonly this requieres two surgeries. The methods for the surgery varies a lot and several factors play a role.

Every year 3000 to 4000 Danish inhabitants incur an ACL tear. Most commonly this occurs during soccer, handball or alpine skiing. The ACL rupture happens during a forceful twist. 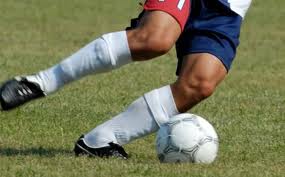 Typically, it happens in soccer by a rapid change of direction in connection with a feint or during landing in handball after a jump shot or in twisting the knee during skiing, where bond is not triggered. Most feel a pop or snap in the knee and are rarely able to continue. 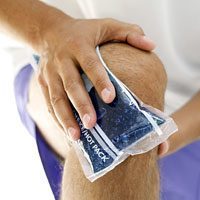 Over the next hour the knee will get significantly swollen. At the emergency room it can be difficult to diagnose cruciate ligament rupture and it is a type of injury that is often overlooked. 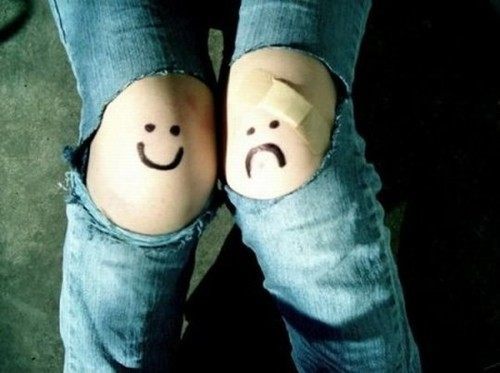 Video demonstrating a second look operation after primary repair of ACL six month beforehand. The anterior cruciate ligament has healed and the patient is happy and stable. The technique used is by Fibertape and Tightrope developed by professor Gordon McKay.